Skip to main content
Home » About Us » History » Other early references

The earliest known reference to Middle Temple occurs in the Year Book 12 Richard II (1388), which records the appointment of ‘Willelmus Hankforde medii templi’ as a Serjeant at Law. The same record also refers to Serjeants appointed from Gray's Inn and Inner Temple. Another early reference to this Inn is found in the Will of 1404 of one John Bownt of Bristol with its bequest to Robert ‘mancipio Medii Templi’: a manciple was a steward, particularly in the context of a college or educational foundation.  In the prologue to The Canterbury Tales, written in about 1387, Chaucer refers to ‘A gentil Maunciple . . . of a temple’ who served a society ‘Of maistres . . . mo than thryes ten’. While we should not suppose that the Inn then counted such a number of Benchers, a society of more than 30 members was not an inconsiderable one with, presumably, a still larger number of students. Chaucer would, presumably, have been confident that his readers would understand the reference. How the Inns were seen by contemporaries is apparent in the Paston letters, where in 1440 a writer speaks of ‘your College, the Inner Temple’.

1381 saw the burning of the New Temple by Wat Tyler's rebels, an action, so the chronicler relates, that was motivated by their hatred of ‘Robert de Hales, the Master of the Hospital of St John’ and, if this is correct, not primarily aimed at his lawyer tenants. They were described as ‘apprenticii juris nobiliores’ or of the upper rank, a description which is evidence of those apprentices who were in the Temple having a special status. Another chronicler recorded that the rebels ‘broke open the chests found in the church or the chambers of the apprenticii and tore up whatever books they found, whether ecclesiastical or charters and muniments in the safety chests of the apprenticii, and fed them to the fire’. 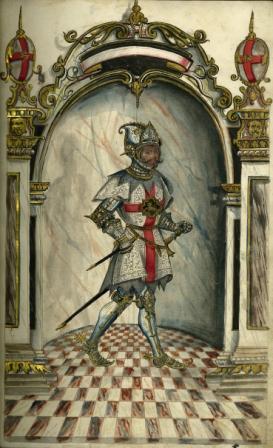