Society of the Bears

Since 2019 the Library has offered an internship as part of the King’s College London MA History Internship programme. In 2020 the internship was completed by Ali Haddi, who transcribed one of the non-legal manuscripts in the library’s collection, MS146. This manuscript consists of the records of the ‘Ancient and Honourable Society of the Bears’, an 18th and early 19th century betting club comprised primarily of members of the Inns of Court. There are five volumes dated from 1738 to 1823 and they record the club’s minutes: admissions to the club, discussions on policy, and the wagers made by the club’s members. Ali also identified the members who were admitted to an Inn of Court, and transcribed their names, date of admission to the Society of the Bears, and their date of Inn admission.

Ali identified that the Bears met at different taverns in and around Chancery Lane, including the somewhat infamous Crown and Anchor (originally the Crown and Rolls) and Serle’s Coffee House. The wagers made by the Society’s members covered a range of topics, including a distasteful one made by a Mr. Graves in 1791 that ‘the slave trade is not abolished … with[in] the present century”. Unfortunately he was correct, but died before he could claim the bet. Henry Brougham, a well-known abolitionist, joined the Society in 1812. Other bets included many as to which of two members would marry first, the price of land tax in 1752, and “that there has been a Bishop of Worcester of the name Fleetwood within the last hundred years”. 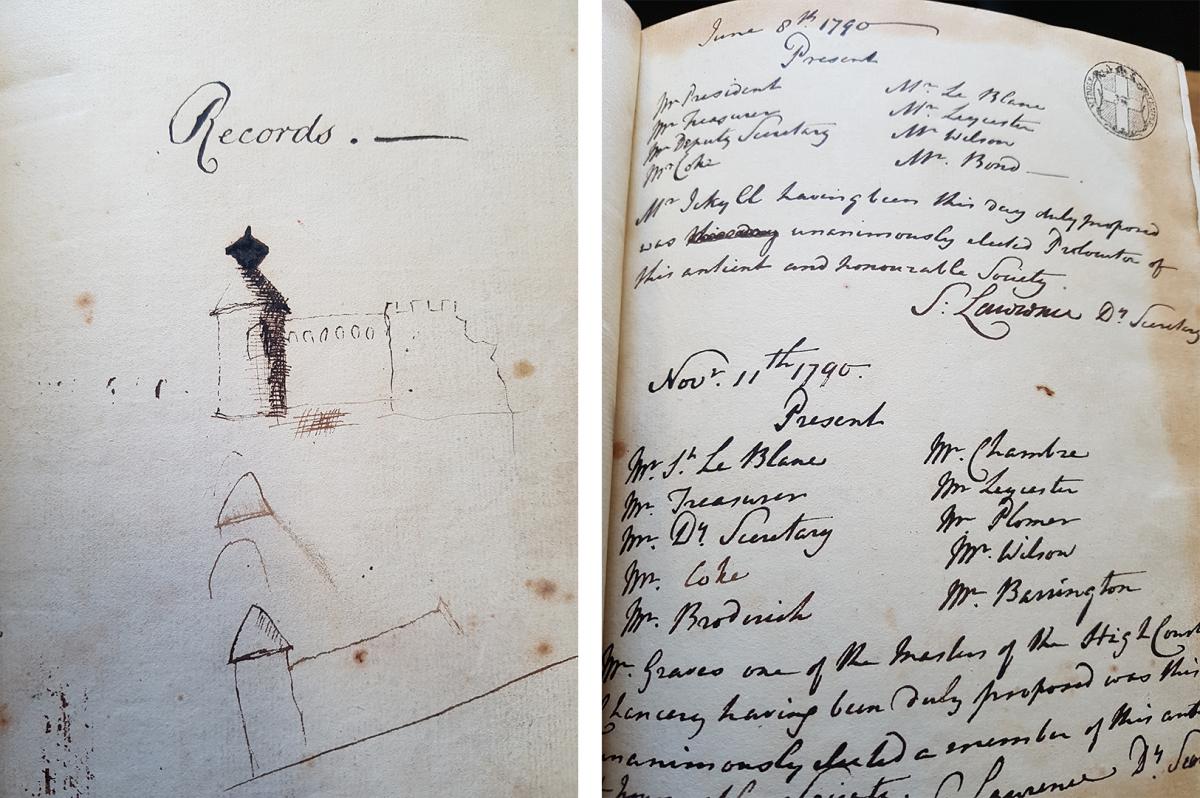 The Society disbanded around 1823, when the then President died. The manuscripts were donated to Middle Temple Library in 1826 by R.M. Casberd.

This web page presents Ali’s transcriptions (one PDF transcription for each volume), the list of members, and Ali’s essay, which discusses the wider context of these betting clubs and how they offer the modern reader a snapshot view of a unique aspect of 18th and 19th century English legal, and club society.