Skip to main content
Home » About Us » Temple Church

Welcome to the Temple Church, the church of Inner and Middle Temple.

We are here to serve the two Inns’ members and staff, and all those who work in this oasis of calm known as The Temple.  We are glad to welcome visitors as well, from all over the world, to this beautiful and historic place at the very centre of London. Whether you want to discover one of the city’s loveliest areas, find some peace and quiet, or pray for your own loved ones here and at home, you are welcome.

My colleagues and I look forward to seeing you.

Robin Griffith-Jones,  Master of the Temple. 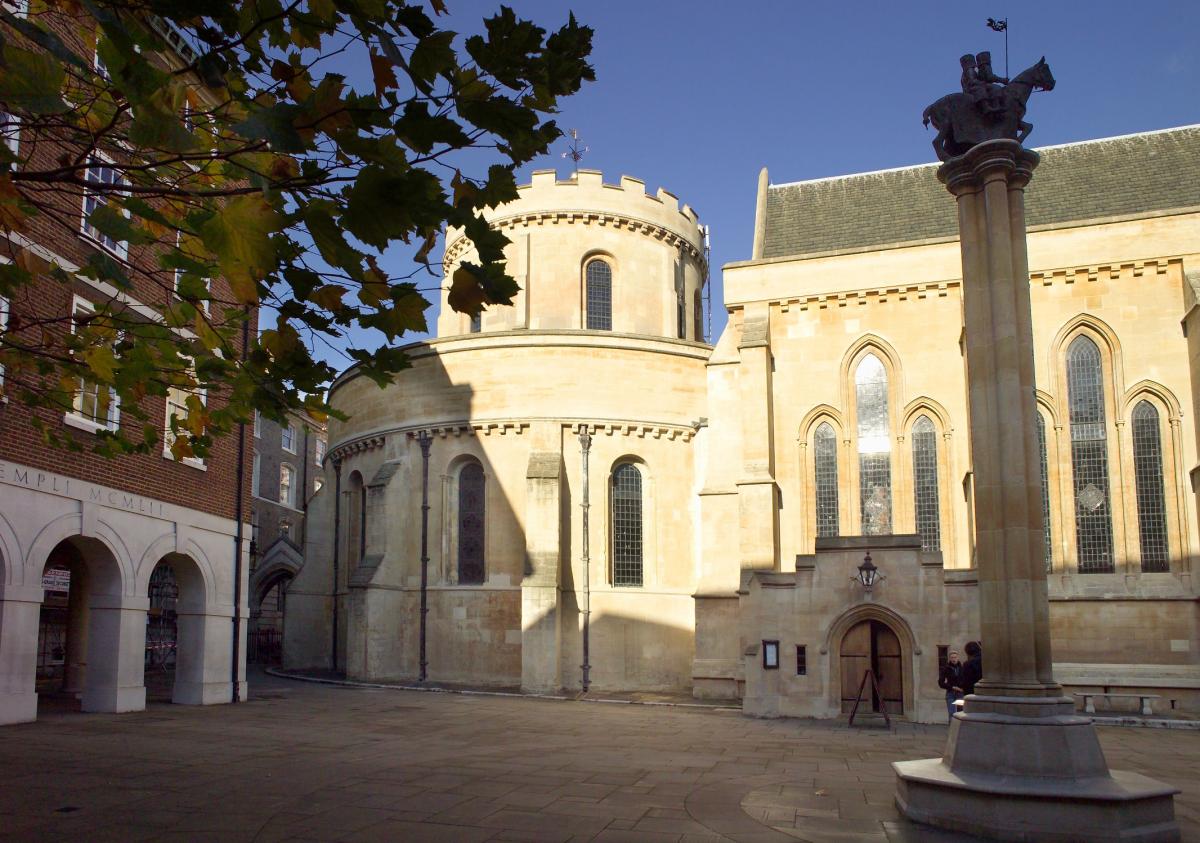 The Temple Church is among the oldest and most beautiful churches in London.  It was built by the Knights Templar, an order of crusading monks founded in 1118 to protect pilgrims to the Holy Land.  The Templars became one of the most powerful orders in Christendom.  The Temple was their headquarters in England: here were the Church, two Halls, cloisters and domestic buildings, leading in the 12th century straight down to the River Thames.  The Round Church was consecrated in 1185.  It was modelled on the circular Church of the Holy Sepulchre in Jerusalem, the most sacred place of the Holy Land and so of the whole world.  To be in the Round was to be reminded of Christ’s burial, of our baptism into his death – and so of our resurrection to his new life.

The effigies in the Round include (on the south side) the figure of William Marshal, Earl of Pembroke (d.1219).  William Marshal was chief advisor to King John and regent in the minority of Henry III.  The witnesses to Magna Carta at Runnymede in June 1215 included the Earl’s son William, whose effigy lies beside his father’s, and Brother Aymeric, Master of the Order of Knights Templar in England.  Magna Carta was sealed at the end of a long process of negotiation and dispute.  A deputation from the barons had met King John at the Temple itself, on 6 January 1215, to demand the confirmation of laws and liberties granted by his father.

The Templars were suppressed from 1307 to 1311.  The lawyers of Inner and Middle Temple were well established here in the 15th century, and in 1608 their occupancy was secured by the grant of Letters Patent from King James I.  The two Inns of Court were granted the land on condition that they keep up the church and its services.  The Inns continue to maintain the church and its choir of men and boys.

The Chancel dates from the 1230s.  In 1308, the Temple Church contained ‘two pairs of organs’ and, in the vestry, ‘twenty-eight choir copes and four little copes for the choristers.’

Seven hundred years later, the Temple Church still resounds to music being made to the glory of God.  The Temple Church Choir consists of 18 boy choristers and 12 professional choirmen and was founded after the Victorian restoration of the church in 1841 by Dr Edward John Hopkins. It is still considered to be one of the finest choirs in London, a reputation it quickly gained after its founding. Though its main duty is to enhance the worship in the services in the ancient Temple Church, the choir has also been involved with many exciting projects outside its liturgical commitments.

The fine Harrison & Harrison organ can also be heard in concert, along with two professional ensembles based at the church: the Temple Singers and the Temple Players.