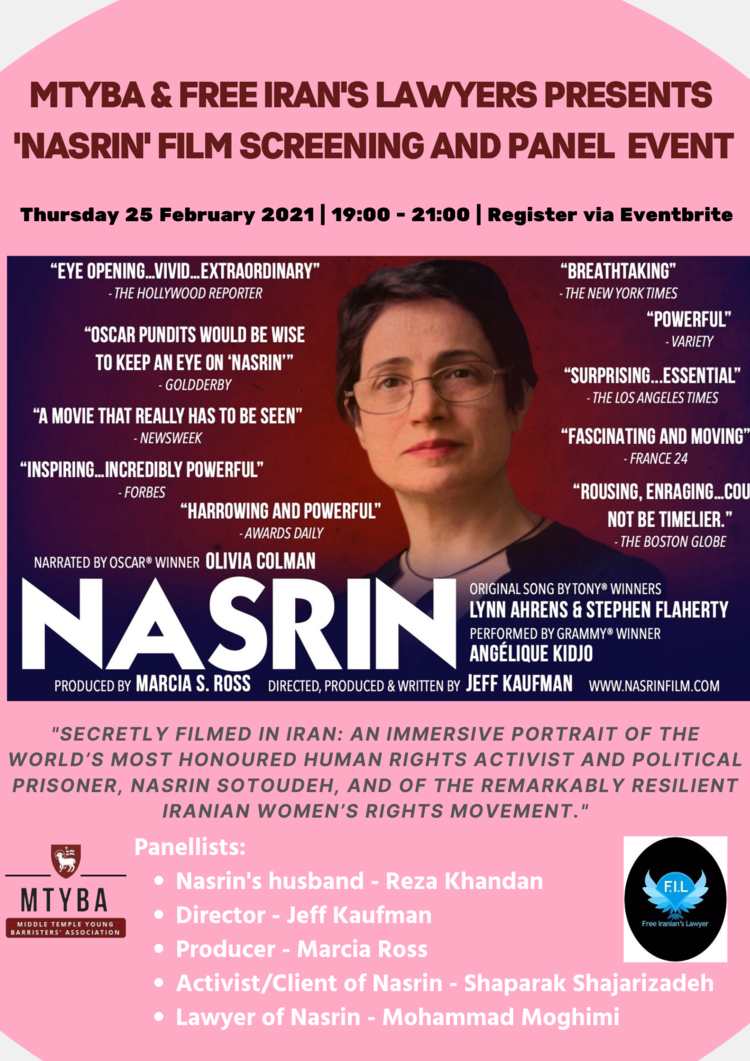 Join us for a film screening of the film 'Nasrin'. Following the screening, we have invited the following panellists:

Filmed in Iran by women and men who risked arrest to make this film. NASRIN is an immersive portrait of one of the world’s most courageous human rights activists and political prisoners, Nasrin Sotoudeh, and of Iran’s remarkably resilient women’s rights movement.

Please note this event is NOT a Qualifying Session.

Times and details for this event are subject to change. Please check this webpage for the most up to date information.