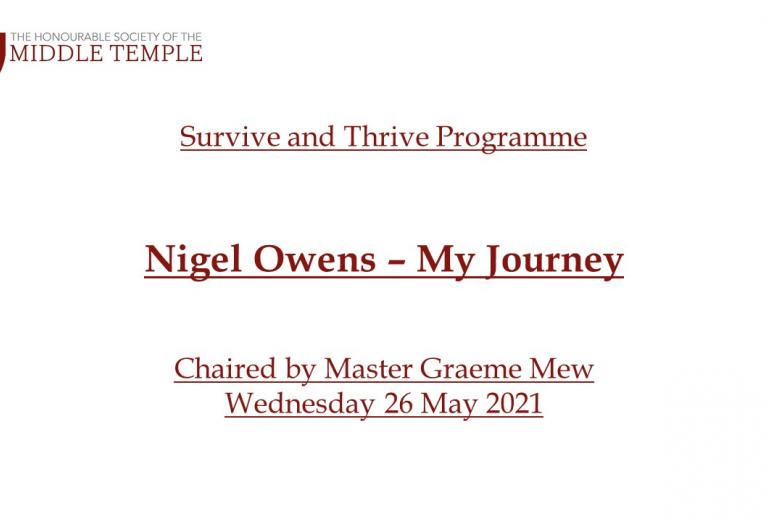 Record-holding international referee, Nigel Owens is a key figure of Rugby Union and has been presiding over matches since 1987. The calm amongst the chaos of the game, Nigel’s ability to make effective decisions and perform under pressure has seen him lead an impressive career, and as a speaker, he now translates these skills to the boardroom. Nigel’s influence doesn’t stop on the pitch as he is also recognised for his contributions to LGBT+ and mental health advocacy, having been one of the first in the male-dominated sport’s history to come out as openly gay.

In this Survive & Thrive, Nigel shares his personal journey. Watch it here.