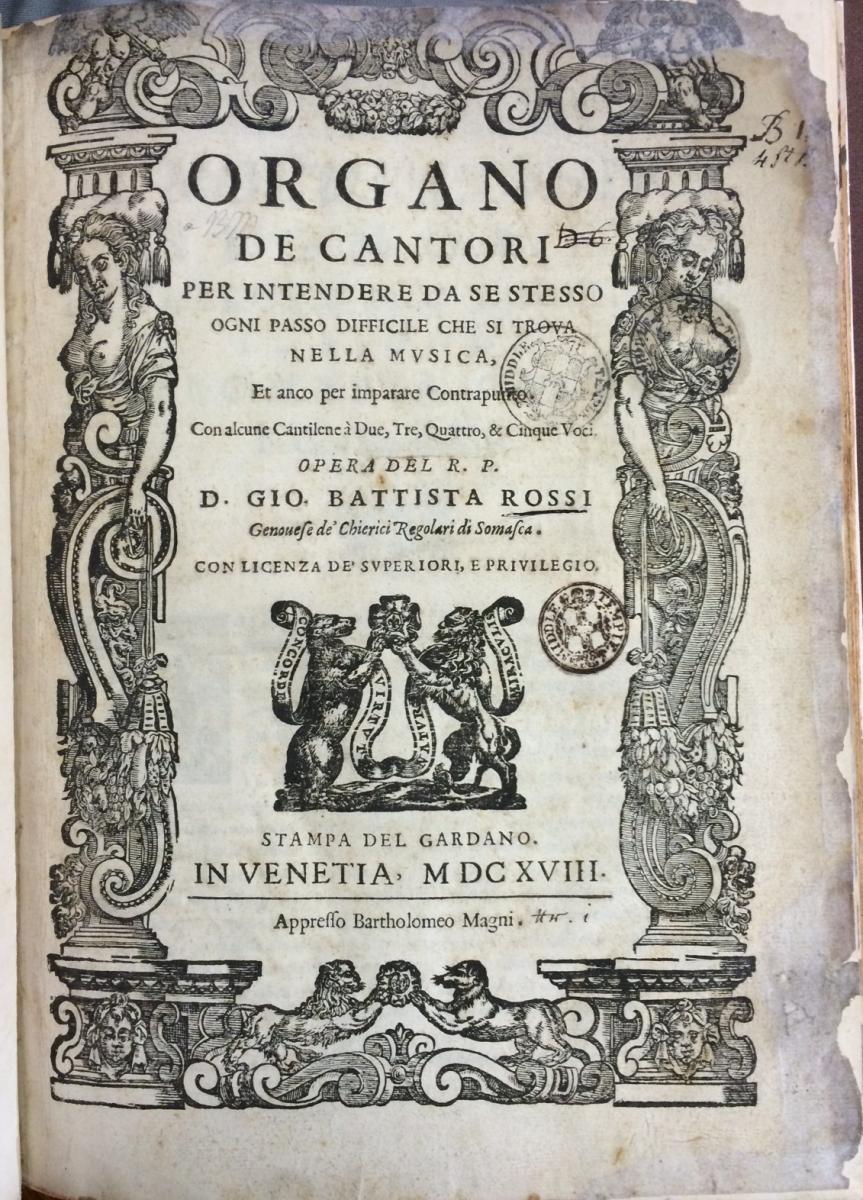 onth. We begin this feature with a reasonably rare copy of a work on counterpoint which includes four instrumental canzonas, written by Giovanni Battista Rossi and published in Venice in 1618. As per the title page, Rossi was from Genoa and of the Somaschi order, a congregation founded in the 16th century by St. Jerome Emiliani in Somasca, Venice. The order still exists, known in English as the Somascan Fathers.

According to the entry by Tim Carter in The new Grove dictionary of music and musicians, Rossi was a composer and theorist who flourished between 1585 and 1628. Carter relates that Rossi’s manuscript for this work was originally written in 1585, but was stolen, hence the much later publication date of 1618 for this work. Carter states that the work was designed “for self-instruction … [covering] elementary ground up to the basics of counterpoint. The examples include music by Josquin and Palestrina, as well as some rather dull cantilenas (some with Italian texts) by the author for two to five voices with and without continuo.”

The book was printed by Barthol 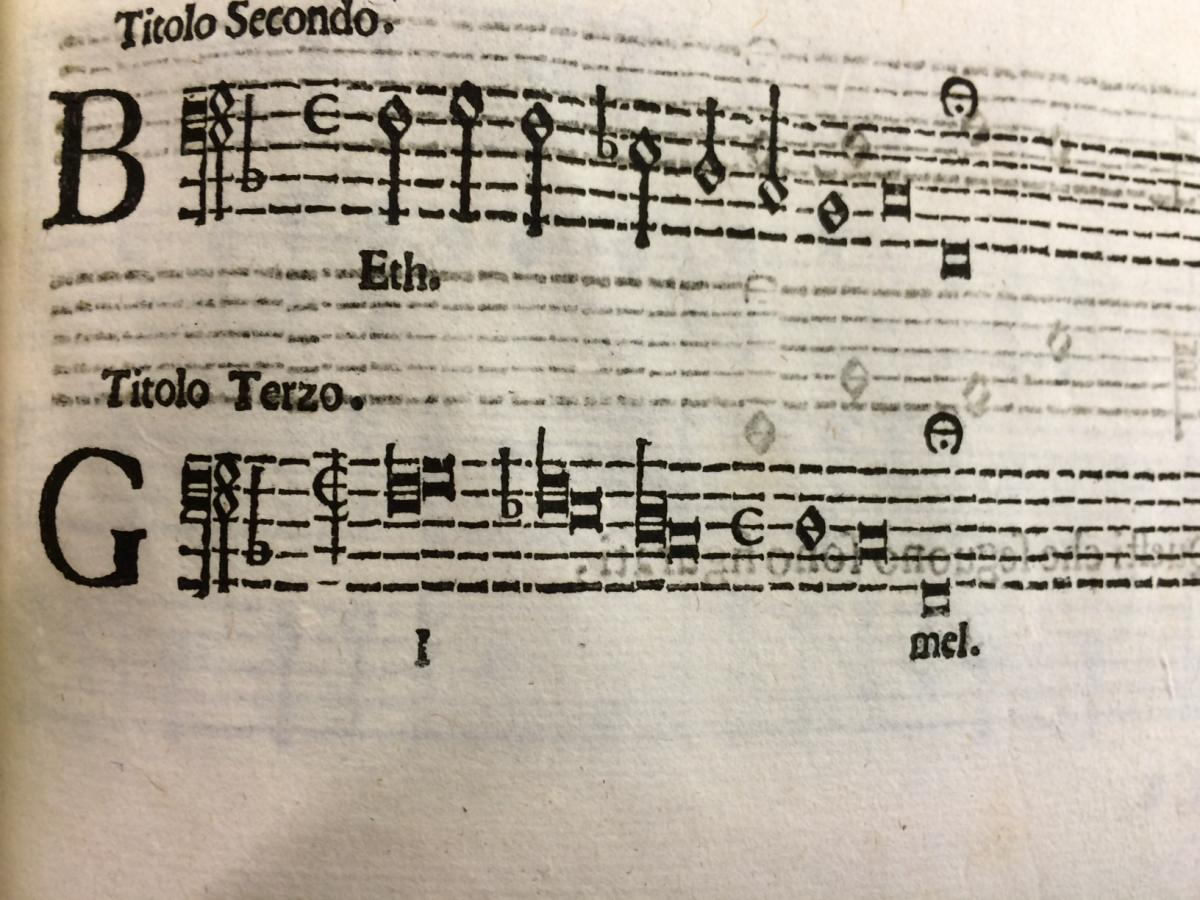 omeo Magni who published a large number of music books including many madrigals. According to Philip Gaskell, music was originally printed “by double impression, the staves (lines) being printed at one impression and the notes at another.” Later in the 16th century music was printed in single impressions “each piece of type bearing a note (complete with stem if it had one) and sections of the stave, made so that the stave lines joined with the lines of the adjacent pieces of type.” It is likely that this book was printed with the single impression technique, as exemplified in this image which shows a discrepancy in the alignment under the words ‘Titolo Terzo’. The stave line has also been printed in a broken-up fashion, rather than a continuous line.

Information on the history of music printing, along with some interesting photos and video is available here.