By late Elizabethan times the four Inns were described as the third university of England. The Inns, as well as training those who would make the law their career, educated the sons of the nobility and country gentry, in addition to those others who would require some knowledge of the law in their lives. The Inns retained close contacts with the Court and with government and its administration.

Much of the teaching was done in Moots, where legal problems were argued in mock courts before the Benchers, a mode of teaching which has not only survived to this day but which has gained new life, as today's teaching of advocacy relies heavily upon that ancient format. The students sat within the mock court's ‘Bar’ to listen and so were ‘Inner Barristers’. As they qualified they could advance an argument at the Bar and so become Outer Barristers, or Utter Barristers as the word has come down to us. When today’s student member qualifies, he or she is called by the Treasurer ‘to the Degree of the Utter Bar’. 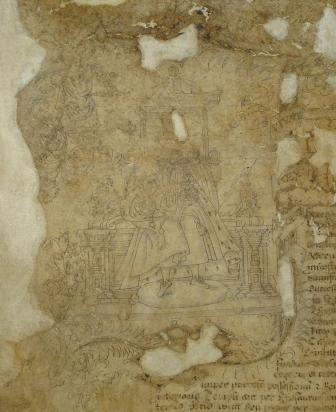 The Hall was the centre of the Inn's life and was visited by many famous people. Though he cannot be claimed as a member, Sir Francis Drake was a frequent visitor: one visit in August 1586 was described in some detail in the Inn’s records. Here, the ‘cupboard’, a table at which the newly Called barristers stand to enter their names in the Inn's books, is reputedly made from the hatch cover of his ship, the Golden Hind, and until it was destroyed in the bombing of 1941 the lantern which hung in the entrance to Hall allegedly came from the ship’s poop deck. If Drake was not a member, Sir Martin Frobisher and Sir Walter Raleigh were. Perhaps this goes some way to explain the style with which the latter acquitted himself at his trial, though acquittal itself escaped him as it did State prisoners in those times. The Inns appear to have been associated with particular areas of the kingdom: this Inn drew many of its members from the West Country, which perhaps goes some way to explain the number of navigators, explorers, colonizers of North America and naval commanders who were Middle Templars.

Hall did not host only solemn occasions: it was the scene for plays and pageants, plays being performed on many of the Inn's great occasions. Twelfth Night was first played here in 1602. There are enough ‘Inn’ jokes and references in the play to suggest that it was written for that particular audience. The celebrated pageant The Triumph of Peace was staged in 1633. The students of the Inn continued the mediaeval tradition of a period of condoned disorder leading up to Candlemas and presided over by a Prince of Misrule. In the Middle Temple he was called the Prince of Love. There were poets among the Inn’s members, for those were days when the writing of verse was a necessary social accomplishment, and playwrights too. The writing for the Revels of 1597-8 was of such a high standard that a publisher thought it worthy of re-printing in 1660. The custom continues to this day, if in somewhat more decorous form, as each December students, barristers and Benchers of the Inn devise and perform the Inn’s annual Christmas Revels.