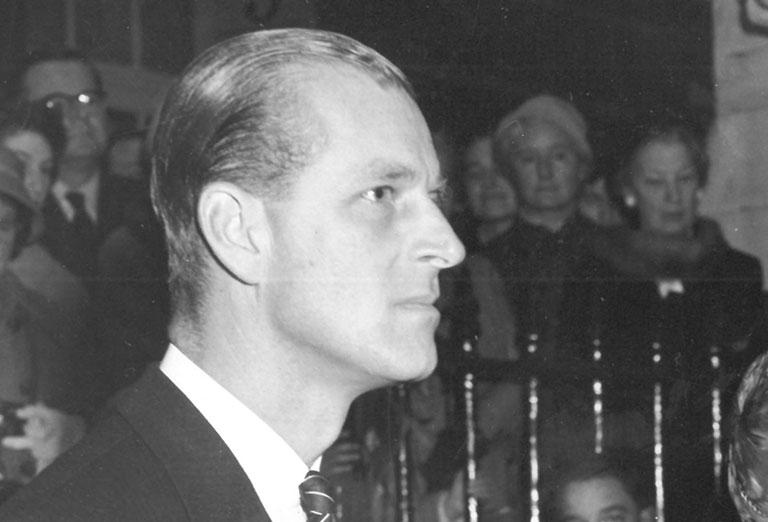 The Honourable Society of the Middle Temple extends its sincere condolences to the Royal Family following the sad news of the passing of His Royal Highness The Prince Philip, Duke of Edinburgh, on Friday 9th April 2021.

The Union flag will be at half-mast above Hall and the Queen Elizabeth building until after the funeral, being held at St George’s Chapel, Windsor, on Saturday 17 April 2021. The Royal Family has set up a digital book of condolence for members of the public to pay tribute: www.royal.uk/condolence.

The Duke of Edinburgh visited Middle Temple on numerous occasions over the years, accompanying Her Majesty Queen Elizabeth II and in an individual capacity, as shown arriving in Hall for Grand Night on 25 November 1968 preceded by the Head Porter. 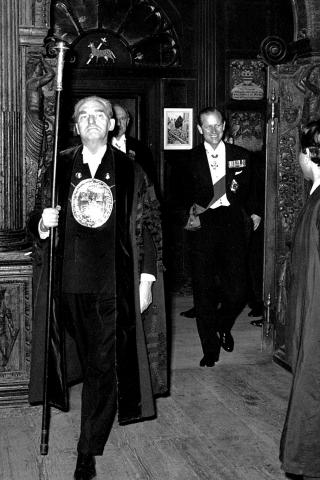 More recently, in May 2013, Her Majesty Queen Elizabeth II and His Royal Highness The Duke of Edinburgh attended a service to celebrate the completion of the restoration and rededication of the Temple Church Organ. They later processed to Hall where they met members of the Inn.

Temple Church held a short service of prayers on Friday, with thoughts and prayers for Her Majesty and the whole Royal Family. The service is available on their YouTube Channel.

His Royal Highness became a Royal Bencher of the Inner Temple in 1954, and was also their Royal Treasurer in 1961.