Fall of the Templars

Over time the Templars acquired many estates, the income from which helped to furnish the money needed for their work overseas. The Order's own need to move funds to Outremer produced another source of income by extending their facilities to traders on the great mediaeval trade route to the Middle and Far East, with the Order acting as bankers.  Not only the Order itself, but also the Exchequer and the government, needed the services of lawyers, so it is clear that at the height of the Templars' power and prestige many lawyers would have followed their calling within the New Temple.

By the end of the 13th century that prestige was on the wane. The Crusading Orders had been defeated, the Latin Kingdoms had collapsed and the Christians had effectively been driven out of the Levantine mainland. The Knights of the Hospital of St John of Jerusalem, the Hospitallers, occupied Rhodes where they continued their care of the sick and whence they fought to contain the expansion of the Turks into Anatolia. By contrast the Templars, who had retreated to Cyprus, attempted to establish a bridgehead but achieved little more over ten years than some raiding of the mainland. The Order had lost its way. 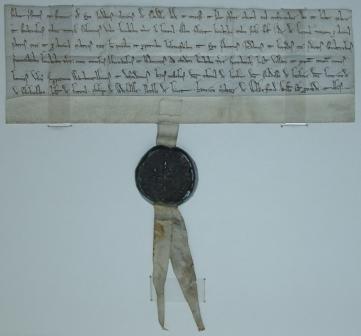 King Philip IV of France brought about the downfall of the Templars. His exchequer was bankrupt. He was a religious zealot and became persuaded that the Order practised idolatry and that its members were blasphemers and guilty of sexual immorality. In 1307 he ordered Jacques de Molay, the Grand Master and a Frenchman, to come to Paris and bring the treasure of the Order. De Molay obeyed and was arrested, together with all the members of the Order in France and torture produced the necessary confessions. Notwithstanding the failure of a Papal Commission to find evidence of anything more than some occasional immorality, the Grand Master and 60 members of the Order were burned at the stake.

Whatever the truth of the charges, and modern historians hold that they were contrived, the Order was discredited. In 1312 and despite a third of its avowedmembers having died on active service, as we would say today, a General Council suppressed the Order. The Pope, Clement V, was in thrall to the King of France. In England, unlike other European countries, its members were not persecuted but were allowed to enter other monastic communities.

In England, King and Pope disputed the spoils, the Pope contending that the lands of the Order were at his disposition, the King that they were escheated, or should revert to the Crown. The Pope granted the lands to the Hospitallers at the Council of Vienne in 1312, but the King installed a series of favourites in the Temple. The last of these, Hugh Despenser, fell in 1326 and the lands were again escheated. The New Temple was let to one Langeford, who remained as Keeper until 1338 when he appears to have negotiated the sale of the entire New Temple to the Hospitallers. The Hospitallers as a community remained at their Priory in Clerkenwell; the Temple land was surplus to their needs and was held by them as an investment and rented out to the lawyers who now became tenants of the Temple lands.

Various records survive from the early 14th century to illustrate the Temple's connection with the law. In 1334 Langeford leased a plot of land from the City to build a hall and three suitable chambers for the sessions of the justices appointed to deliver Newgate gaol. Pleas in Chancery were held in the New Temple in 1336 and 1337. In 1338 the Prior of the Hospital made a return of his expenditure to his Grand Master, listing ‘pensions due by the common deed to other magnates and secretaries and servants of the Lord King and of others’ and some obligations were noted as dating ‘from the time of the Templars’.